7 Books that every good paddleboarder needs 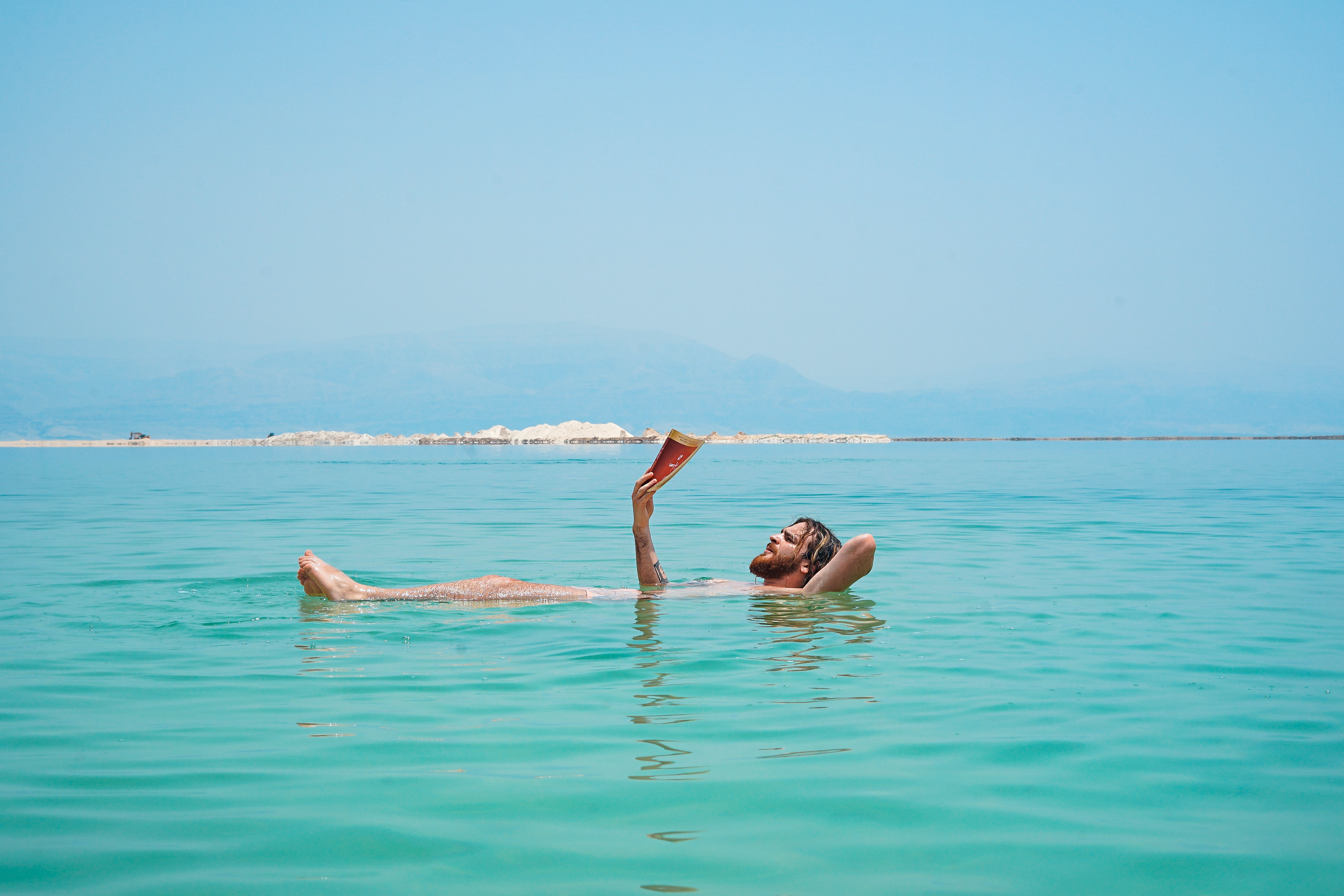 There are so many books to choose from when it comes to SUP! But in this guide we have selected a collection that cover multiple genres – from mental health to endurance,  science to survival, entertainment to how-to. We hope this list will provide you with some reading for the winter months – or for the days when the board seems that little bit too far from your grasp.

How to Increase Your Stand Up Paddling Performance by Susie Cooney

Touted as “the SUP bible” for anyone looking to improve their paddling. In this book you’ll learn how to dominate with more paddle power, become faster off the start, increase your mental game, develop your very own SUP program and improve your balance.

Suzie trains people and athletes from around the world via SKYPE and some even go to train with her on Maui. For now though, there are hundreds of step-by-step photographs to help you mimic the exercises that an in-person session would give you.

When you buy the book you’ll also get access to a free downloadable SUP Training Log. Suzie writes, “Mental discipline and training your brain for paddling excellence has nothing to do with willpower and everything to do with believing you can achieve your goal.” She also adds, “Whether you’re new to the sport of stand up paddling or preparing for an exciting Maui Maliko downwinder or a sprint race, having upper body paddling strength and endurance is critical to your success and enjoyment of the sport. I want you to have the ammunition and extreme body confidence you need to help you pass a competitor, make every wave, and dominate.” 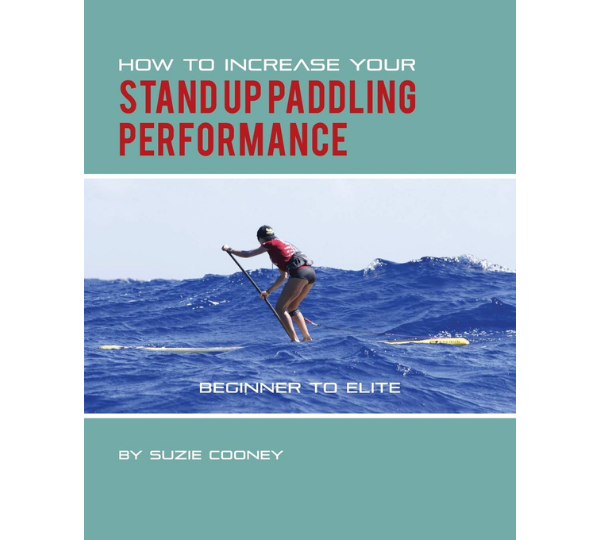 Ignore the Fear by Fiona Quinn

No one had ever attempted it before. Yet as a complete beginner, and a terrified one at that, Fiona Quinn set out to see if she could stand up paddleboard up the west coast of Britain. An 800 mile adventure from Land’s End to John O’Groats (LEJOG) that she had walked and cycled the year before.

This tells her story and describes her experiences when she was joined by dolphins, paddled 40 miles across the Irish Sea, and battled past whirlpools. If you buy her book through her website then you can get the signed version or have it made out to someone else as a gift.

How To Read Water by Tristan Gooley

Tristan is a natural navigator with a passion for sharing his knowledge, skills, tips and useful observations to help you enjoy the landscape around you and learn about the magic of the outdoors. This is a must-have book for walkers, sailors, swimmers, anglers and everyone interested in the natural world. It has over 700 clues to reveal the secrets of ponds, puddles, rivers, oceans and more. He’ll also draw information from his own pioneering journeys; everything from wild swimming in Sussex to wayfinding in Oman and the icy mysteries of the Arctic 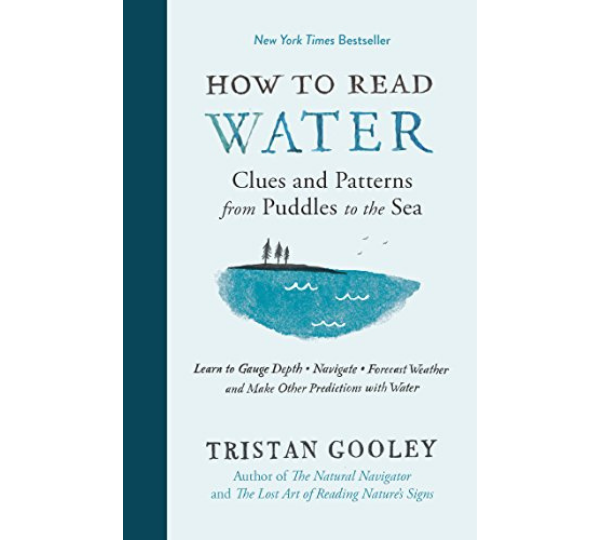 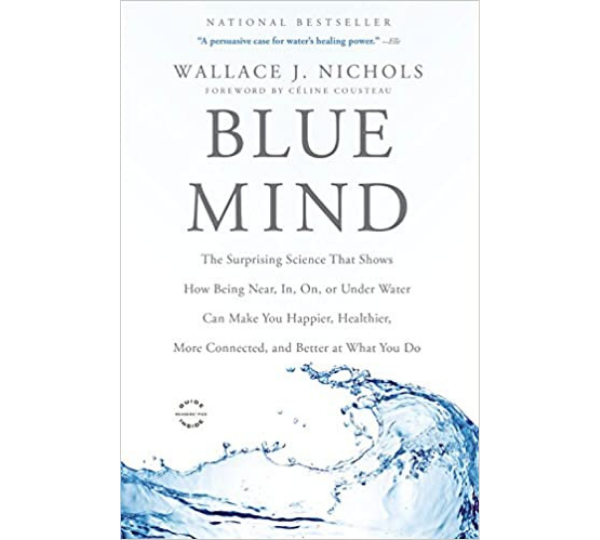 We don’t need to tell you that being near, in, on, or under water can make you happier, healthier, more connected, and better at what you do! But if you are looking for validation on the amount of time you spend out there enjoying it all – then this is definitely the book for you!

Written by marine biologist Wallace J. Nichols this tells of the remarkable effects water has on our health and well-being. Why are we drawn to the ocean each summer? Why does being near water set our minds and bodies at ease? In Blue Mind, Wallace J. Nichols revolutionises how we think about these questions.

Combining cutting-edge neuroscience with compelling personal stories from top athletes, leading scientists, military veterans, and gifted artists, he shows how proximity to water can improve performance, increase calm, diminish anxiety, and increase professional success. Blue Mind not only illustrates the crucial importance of our connection to water; it provides a paradigm shifting “blueprint” for a better life on this Blue Marble we call home.

438 Days: An Extraordinary True Story of Survival At Sea by Jonathan Franklin

Not for the nervous amongst you – but certainly for those that like a tale of adventure, strength and endurance! On November 17, 2012, a pair of fishermen left the coast of Mexico for a weekend fishing trip in the open Pacific. That night, a violent storm ambushed them as they were fishing eighty miles offshore. As gale force winds and ten-foot waves pummelled their small, open boat from all sides and nearly capsized them, captain Salvador Alvarenga and his crew mate cut away a two-mile-long fishing line and began a desperate dash through crashing waves as they sought the safety of port.

Fourteen months later, on January 30, 2014, Alvarenga, now a hairy, wild-bearded and half-mad castaway, washed ashore on a nearly deserted island on the far side of the Pacific. He could barely speak and was unable to walk. He claimed to have drifted from Mexico, a journey of some seven thousand miles.

438 Days is the first-ever account of one of the most amazing survival stories in modern times. Based on dozens of hours of exclusive interviews with Alvarenga, his colleagues, search-and-rescue officials, the remote islanders who found him, and the medical team that saved his life, 438 Days is an unforgettable study of the resilience, will, ingenuity and determination required for one man to survive more than a year lost and adrift at sea. 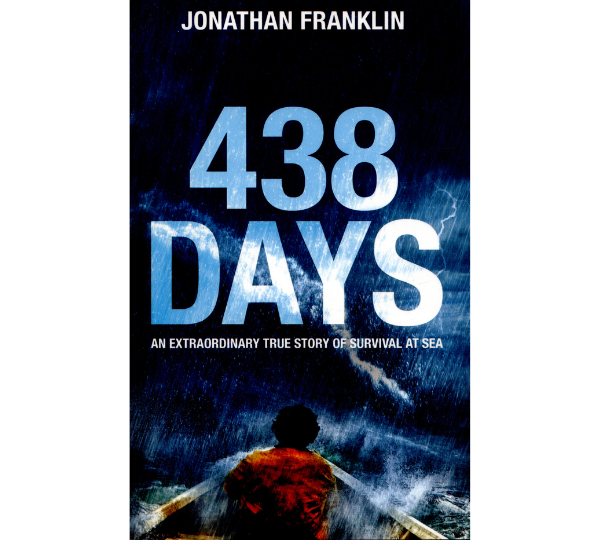 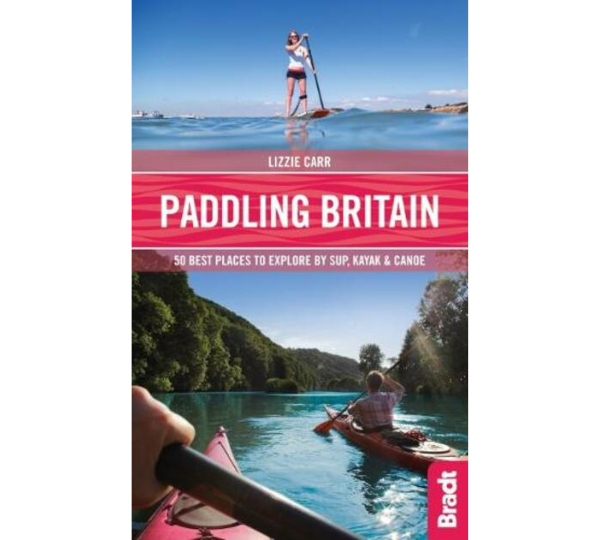 A definitive guide to stand-up paddleboarding across British coastlines and inland waterways written by Lizzie Carr one of Britain’s best known paddleboarders. Read this for the full run-down on everything you need to know about safety tips, kit, weather watching and paddling responsibly. The waters of England, Wales and Scotland are all featured, from rivers and canals to coastal strips and island circuits. Whether you’re looking for inspiration, a weekend adventure or a more daring paddle boarding challenge, this book reveals the best spots to SUP, kayak or canoe across Britain.

If you’ve been stuck at home through COVID restrictions, the weather, or for any other reason, then here’s a little entertainment – and a fun gift for some of the younger paddlers too. How about this awesome collection of paddle boarding colouring patterns! Colouring is SUPposed to be the best aid to relaxation and stress relief and with two copies of each image, you could even introduce a little competition into the mix.

How to choose which iSUP to buyStand Up Paddle Boarding