How to choose which iSUP to buy 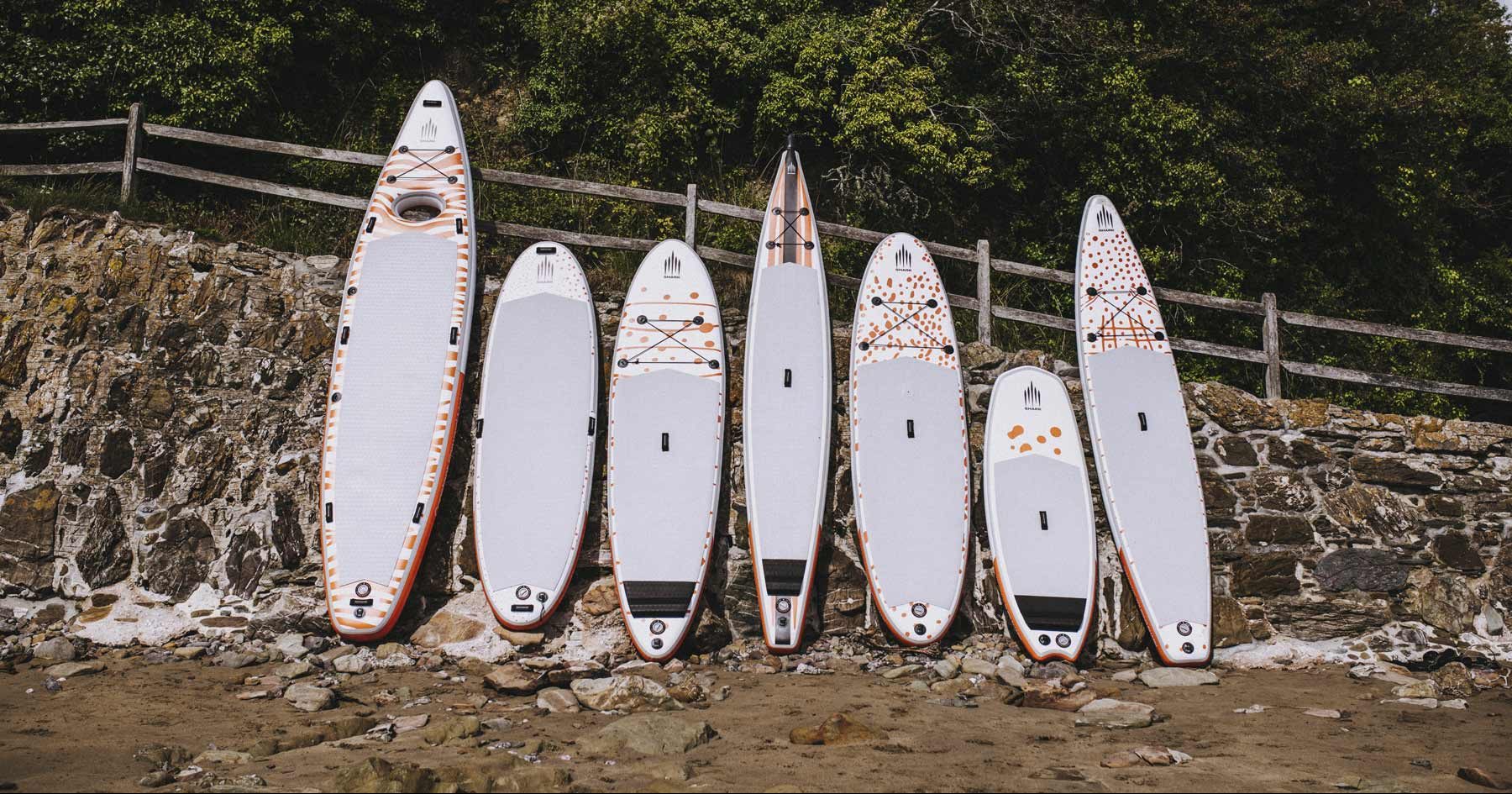 Choosing a board can be fairly simple, however it can also be fairly complicated as well – especially with the marketing jargon in the industry. If you know you want a SUP, it would be easy to trawl online and find one that you like the look of or that a friend already has. However, how do you know that it’s the right one for you?

Firstly it’s important to remember that inflatable paddleboards are definitely not an add-on beach toy! If you have the right board for you, it will bring you great joy, it can challenge you when you need it and will change your life completely – for the better!

There’s not really ever a right or wrong board for people, it’s more about what you want to do with it and where. Are you looking to paddle inland on rivers, at sea or on the surf? Are you looking for yourself or for the whole family? Are you tall or short, heavy or light…?

In order to fully understand what you are looking for – and more importantly why – we need to understand where SUPs came from in the first place. Here’s a guide that should help you to decide exactly what SUP you need.

Thirteen years ago with the invention of the inflatable stand up paddleboard (iSUP) there was a lot of research undertaken into the material that would be most effective; taking the drop-stitch that was being used for gym mats (this didn’t need to be rigid as needed to cushion the landings) temporary signs and even outdoor cinema screens.

Whilst this material was the starting blocks for the iSUP, materials have now adapted (evolved into specific iSUP material) with the older material only used by companies that make things that look like SUPs, but are more like luxury lilos.

The original fabric was only available in four inch thick and six inch thick low density stitch. The factory would cut a paddleboard shape out of it, with the results of the four inch iSUP bending like a banana, and the six inch version working much better, but still with some flex in it.

The manufacturer of the drop stitch then made the material better and stronger; from a low density drop stitch came a high density drop stitch. That created a really strong and stiff product that you could pump to a higher pressure. That was a big step forward, but at six inches thick, you now have this thick big board that sits on top of the water and bobs on top like a cork. They soon realised that to get it to work it had to be thinner, so they reduced the thickness until they found the optimum 5 inches thick drop stitch, which gave both rigidity and volume.

It was at this time premium brands started to manufacture iSUPs retailing at £600 or £700 pounds upwards – all made from the new high density material. With the popularity of SUP growing, there was a gap for lower priced boards in the market. But the problem with those lower priced boards is they couldn’t afford – or didn’t realise that – materials differ greatly, so they then went and manufactured boards of the four and six inch depth using the cheaper gymnastics mat drop stitch. 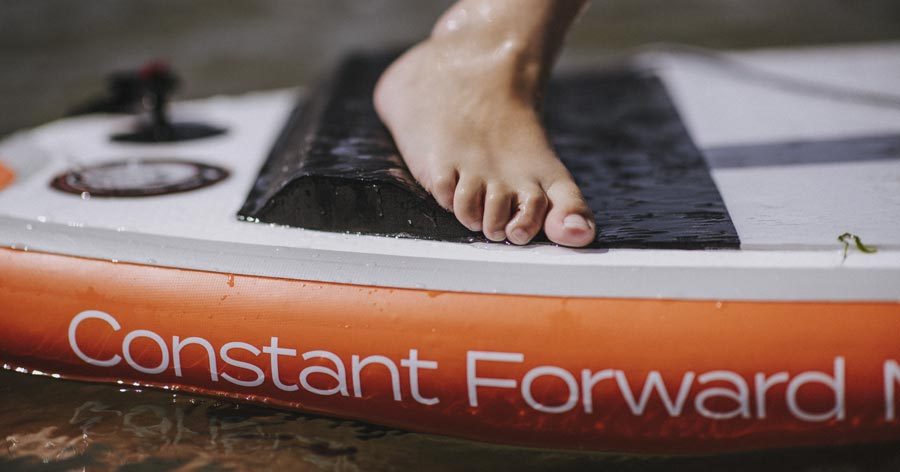 SO WHAT SIZE SUP DO I NEED?

One size definitely doesn’t fit all! But the 10’6 x 32” x 5” comes close if you want just one board, but read on to find out what is right for you.

If you are going to be the main paddler of this all round board and you’re over 100kg, then a large touring shape board around 10’8 / 11’ x 34” x 6 wide board would be great but wouldn’t work as well for the smaller family members as they would find it wide and very buoyant on top of the water.

So it’s a matter of looking at who will use it most; it’s also likely that once you have the SUP bug you will be back for a second board, and can opt for a different size for you or them.

It also works the other way, if you were 5’2 and it was mainly your board, you might want to look at a narrower board 30 to 31” and still 5” thick as this allows you to have a board that is designed for your size. In very simple terms there is a small, medium and large all round board, with the medium the go-to one board for a family. 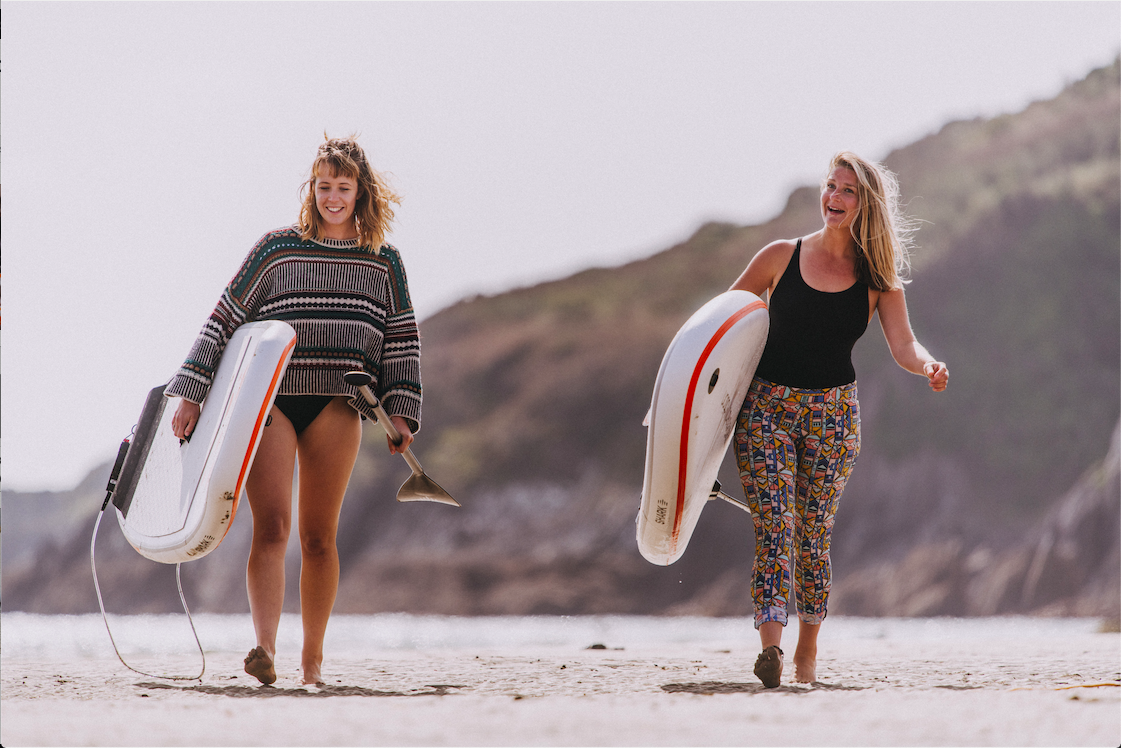 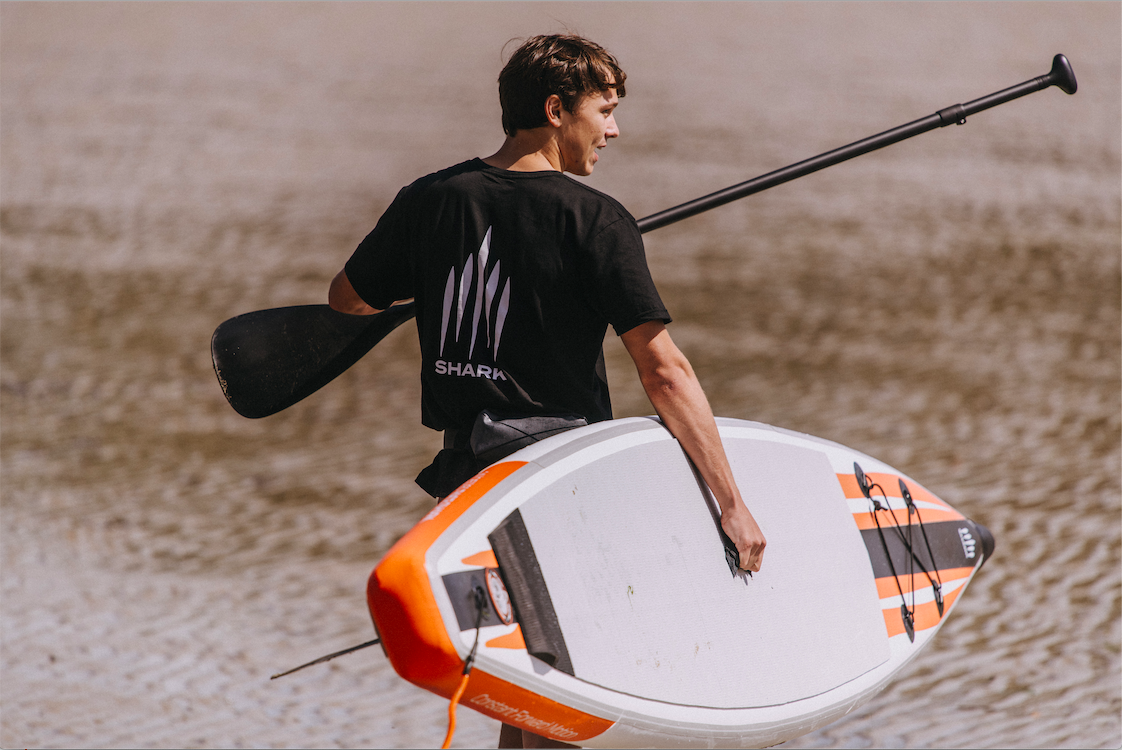 RECOMMENDED SUP WIDTH – Can a board be too wide?

The fact that the wider a board is the more stable it is, is a definitely a huge misconception. It will all depend on the weight of the rider, the sea-state, the weather conditions and experience.

If you put a lighter rider on a wide board and it’s not flat water, the choppy water will make the board rock around a lot and being light it’s much harder to control. A light person will again be bobbing like a cork in the sea and when paddling into a head wind the nose of the board gives greater resistance.

Plus, if your board is too wide, it will affect your paddle stroke. The most effective paddle stroke is a vertical one and if you are shorter on a wide board, this is much harder to achieve – giving you an increased chance of shoulder strain.

Want to find the perfect board for you? Here’s our range, from all-Round boards to touring, racing, surfing, windsurfing, yoga, family – and even the Kraken!

Nowadays there are generally four types of boards construction

Unfortunately with lots of pop-up brands out there it is hard to see what’s good and bad sometimes; marketing jargon is getting out of hand with no one to stop it, e.g triple later construction (this would be heavy) is just double later but they are counting the cloth base layer – why? So they can call their single skin boards double-layer!!

In all recommendations we would suggest talking to an established SUP brand or store. With inflatable paddleboards now entering their 14th year on the market it’s easy to find established companies who sell more than one brand and have done a lot of the hard work for you. They will have picked what’s right and can see through the marketing hype.

Direct sales brands were tempting in the past as they offered a sometimes lower priced alternative, but now with factory owned brand names and retailers buying in higher quantities there are some very very good brands in stores. Often now you will see direct brands are more expensive or very similar price to brands using the correct materials.

Last few tips, avoid brands with a constant sale, they were never £600 (now half price), or ones that offer a kayak seat, it’s a big gimmick that’s very hard to use and the flat bottom of a inflatable sup is not designed to be sat on and paddled with a curved paddle stroke!

If you are interested in a SHARK SUP then wonderful – you can see our range or head to our where to buy section and connect with SHARK retailers in your local area. Do drop us a message if you can’t find a local store to you – we can always help. And if you are still not sure on which iSUP is right for you we encourage you to continue your research and connect to impartial experts in the field of iSUP, there’s some great SUP specialist magazines reviewing kit and established iSUP retailers who will be happy to guide your decision!

*Nb Throughout this article you will see we talk about 5” drop stitch. Some brands refer to this as 4.7 or 4.75. At SHARK we want to keep it simple and so refer to it as 5” drop stitch. When selecting a board the most important element to understand is that the construction uses a high density 20psi drop stitch.

7 Books that every good paddleboarder needsStand Up Paddle Boarding